As a child, I remember trying to talk into the speaker of a television during the news, because I thought the person in the TV could hear me. Why not? I could hear them. We have grown up with mass communication through television and radio, we have fallen in love with characters and personalities, and our opinions and thoughts are guided by news (or fake news) and factual content. This is one of the most powerful representations of our society and probably the most influential medium when it comes to behavior, opinions, discussion and lifestyle. Social media has allowed everyone to have their own magazine, a cover photo, a daily update, a lifestyle you chose to show to the world. Mass communication is fast paced and dynamic, and it’s never boring!

Imagine the power it yields when harnessed to address issues of human rights, social justice, gender based violence, health and HIV. This is what Community Media Trust does.

CMT is a lifestyle, not a job. One of the things I love most about my work is watching an idea go from a brainstorm session or an idea, and follow the process as it morphs and changes until we have created a TV show, a campaign, a logo, a poster, something. That is truly a privilege.

CMT’s work goes beyond television and the facebook page. Our mass media is often accompanied by face-to-face communication or training which allows interaction and questioning. Our work is aimed at changing behavior for the better. It may sound silly, but we want to change the world!

Some of our latest projects include the 9th season of our flagship health series, Siyayinqoba. This season has a strong focus on young women and girls. Four young women who work in the Siyayinqoba girls clubs in KZN were trained in journalism and story-telling, and it’s their stories which are told. This model of training young people to tell their own stories in their communities, makes for great intimate television, and also leaves them with a skill set in journalism and film-making. CMT, pays it forward. Siyayinqoba is on air on the 06th of October on SABC1 every Friday at 14:00.

Our other project, Counter Culture is on SABC 3 every Sunday at 21:30. This is an edgy documentary series which investigates, why we do what we do… from nudists to drag performers, from avid beauty contestants to dog loving enthusiasts, Counter Culture takes a look at what South African’s get up to in their spare time.

CMT has also produced the drama series JAB and Amaza, both female-lead sport protagonist stories. JAB was set in the world of women’s boxing on the Cape Flats and dealt with issues of gender-based violence, gangsterism, drugs and living with disability. This was one of my favourite projects so far. It is based largely on personal experience. I had the privilege of co-creating and directing this project which reached 4.8 million viewers on prime time Friday night television. (www.sabcjab.co.za)

CMT is currently heading up the Man Up / Soka campaign which encourages men to get medically circumcised because it reduces their chances of contracting HIV by 60%. This has been CMT’s largest media campaign to date, and we have learnt a great deal and expanded our skills to include media buying and scheduling, we’re delving into other forms of entertainment like music videos, and have been allowed to flex our creative muscle. South Africa has circumcised more men this year through PEPFAR and CDC funding than other year previously, and we are very proud to have been part of this initiative. 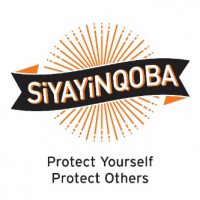 Siyayinqoba was the first television series in South Africa which included people living with HIV, their families, friends and colleagues.  The show has broadened its scope to include content on other human rights and health-related issues such as non-communicable diseases and maternal and child health as well as gender norms and social issues affecting South African communities.  Siyayinqoba is well known for being the show about real people telling real stories.

The latest series of Siyayinqoba tells the stories of real South African young women who are at extremely high risk for HIV infection and shows how they deal with growing up in South Africa.  The show content highlights positive interventions and ways to change gender norms, increase self-esteem and decrease risk of exposure to HIV and violence.  This season includes documentary inserts on topics such as access to sanitary towels, gender-based violence and access to post violence care, “blessers” and “blessees”, entrepreneurship and financial literacy, teenage pregnancy and contraception, abuse and counselling, bullying and body-shaming, migrant and disabled young women’s experience of accessing sexual and reproductive health services and access to adolescent and youth-friendly health services.

Every season of Siyayinqoba incorporates a journalism-training programme. In the production of this series, CMT trained a group of young women and men.  These young learners researched, filmed and sourced relevant stories from their communities and Clubs, thus allowing them to choose the documentary topics, voice their opinion and gain skills in journalism and media production.  More importantly, the Siyayinqoba show provides a platform for young women to tell their own stories which are often not covered by the mainstream media.

We had the pleasure of speaking to 4 of the learners and this is what they had to say: 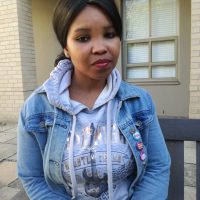 “The Siyayinqoba programme helped me gain confidence and skills needed in the field of community journalism. Listening to an individual’s story and learning from them during interviews was amazing. The challenging part of the entire experience for me was that other characters will disappoint me at the very last minute.” 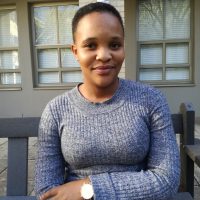 “My experience as a community journalist was challenging at first because I feared approaching the girls and being rejected by them as they were the best candidates for the stories I had to tackle.  When I started the interviews most of the girls I interviewed were very open which made it much easier for me to ask questions.  I really enjoyed my days as a journalist more especially because I became more confident and overcame my anxiety.  Furthermore, the stories that the girls shared taught me a lot.” 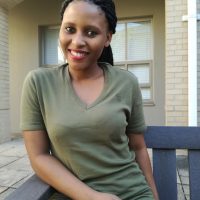 “Working on Siyayinqoba has been a great learning experience. It has made me to be more outspoken. The theoretical information gained through our training sessions helped me a lot when it came to going out into the communities to conduct research about my particular insert.  Seeing everything come together was amazing and I just want to do it over again.” 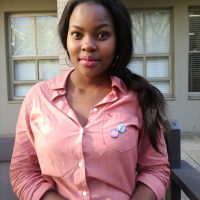 “It’s been a great experience working in the Siyayinqoba programme.  Through the show, people have access to information to make informed decisions that will impact their health and lifestyles.  I have gained knowledge on how to work with various community members on the different media platforms made available to us as well as how to deal with people from all walks of life.  Being a Siyayinqoba community journalist afforded me opportunities that will ensure a bright future for myself.”

The much-awaited season 9 is a documentary-based, 13-part series with a keen focus on the issues that young women and girls face.  Siyayinqoba will be broadcast on Fridays on SABC 1 at 14:00pm from 6 October 2017.

This season of Siyayinqoba was made possible by: